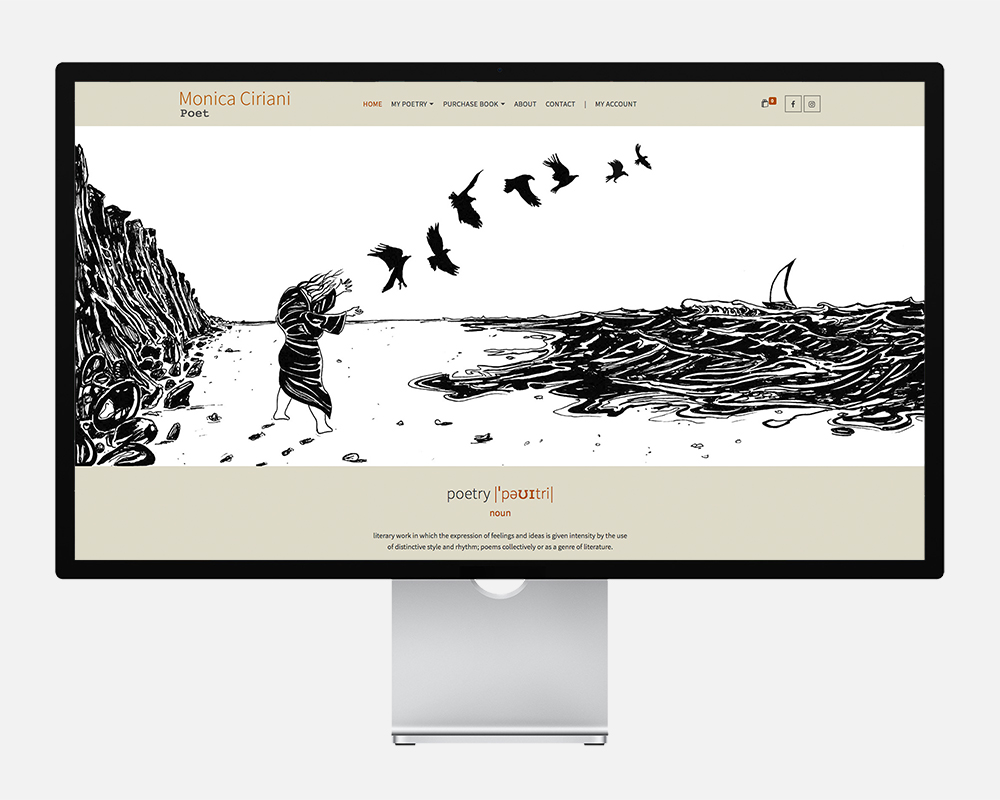 Monica's awakenig to poetry started with an English class project at an American school she attended, when she was a young girl. She was given the task of writing and making a poetry book, which turned out to be a very simple affair but very satisfying.

Not long after that, while still at school, Monica was introduced to the poets E.E. Cummings and T.S. Eliot which blew her mind wide open! it made her realise that poetry had no limits - that one could write a poem in any way, any form. That was it. That was when she had found her essence, her being, albeit unrealised until much later.

The website was developed, in part, to sell her book 'My Endless Skies' which is still in the production stage and due to be released mid 2022.