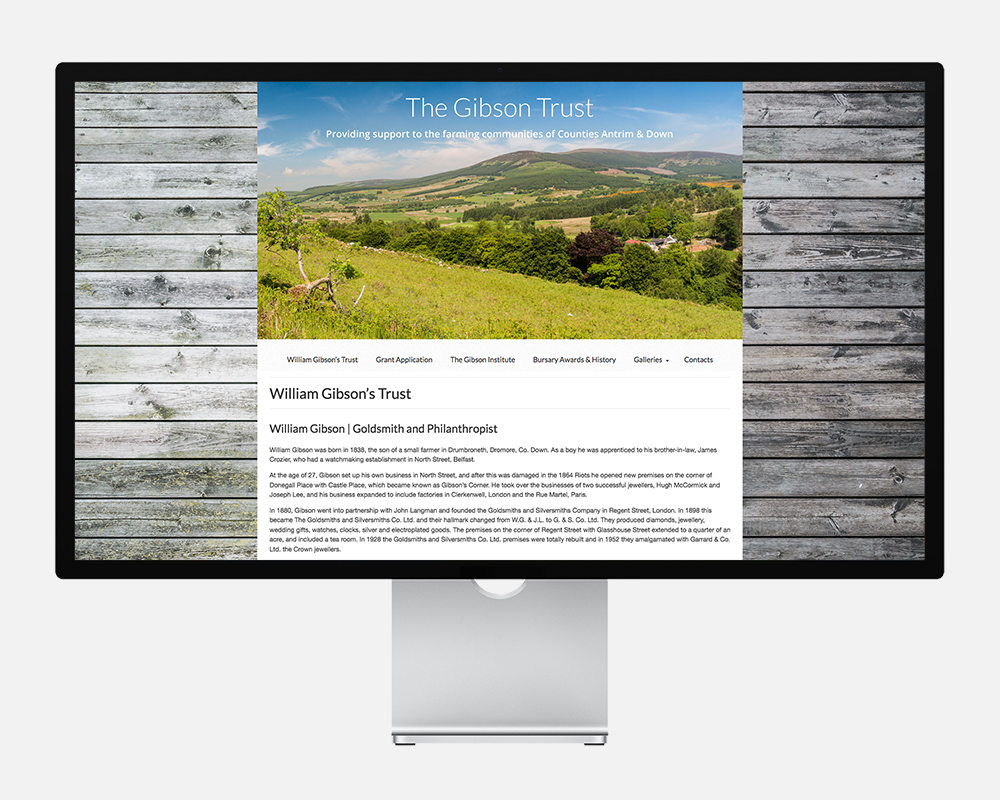 William Gibson was a Goldsmith and Philanthropist, born in 1838, the son of a small farmer in County Down, Northern Ireland.

William died, aged 74, in 1913 and was so well known in London that a special train was run from there to bring the Lord Mayor, Aldermen and leading businessmen to his funeral.

After several bequests, including £10,000 to Queen’s University, Belfast for the establishment of special agricultural scholarships, he directed that the residue of his estate should be used “for the purpose of assisting poor and deserving farmers and holding farms in Counties Antrim and Down, Northern Ireland”. The Gibson Trust was formed to this end.