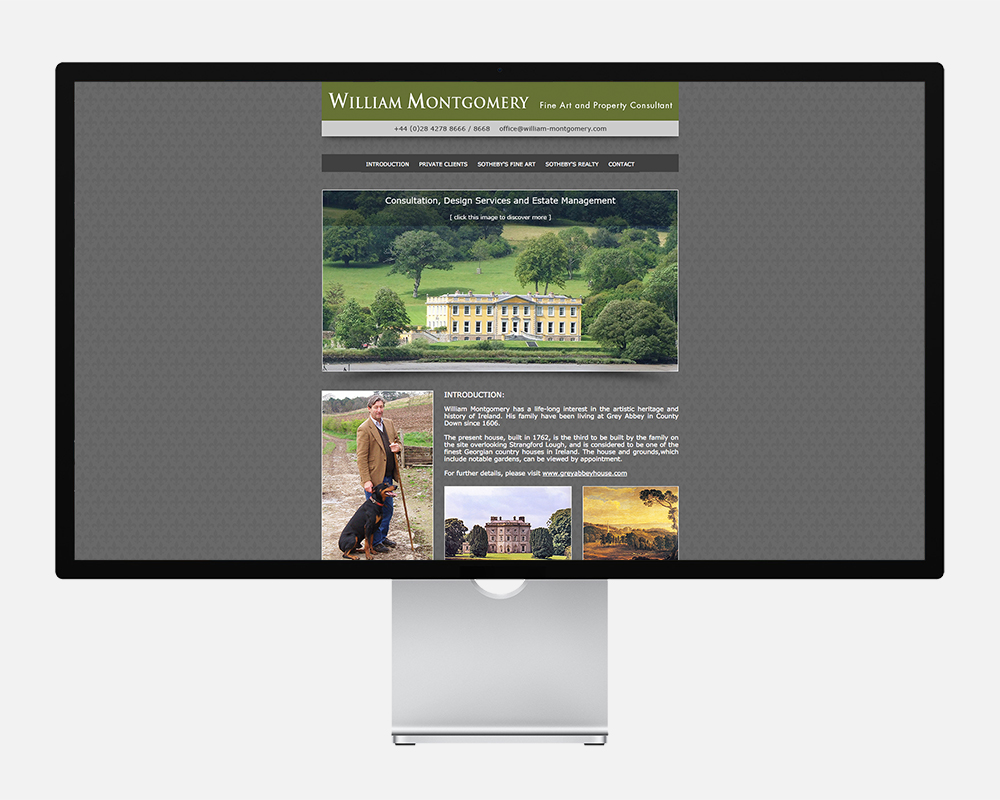 William Montgomery is an independent consultant, specialising in the acquisition and management of country houses, landed estates and equestrian properties, principally in Ireland and France. He also has decades of experience as a fine art consultant and operates from his office in County Down, Northern Ireland.

Between 1982 to 1992 he was a Director of Sotheby’s fine art auctioneers in London, with responsibility for Ireland and from 1992 to 2015 represented Sotheby’s in Northern Ireland.

William Montgomery was one of our first website clients and although not designed for mobile devices, it remains in use to this day.